I recently became an auntie! Auntie Ginge! My sister gave birth to a healthy baby girl, Lila, back in February.  I've never really been around babies before, I had never even held one, so this was strange, I suddenly felt like I had responsibilities, and the craziness that my sister was now a mum.

In January I organised a baby shower for my sister, we went to Happy Bunnies in Longton for afternoon tea. It was delicious.
I made some decorations for the tables, and a 'Sarah's Guide to Pregnancy' for everyone to take home.
The decorations were illustrations of my sister pregnant, that I made to stand up on the table.
I also made prints of them and put them in little Ikea frames as a gift. 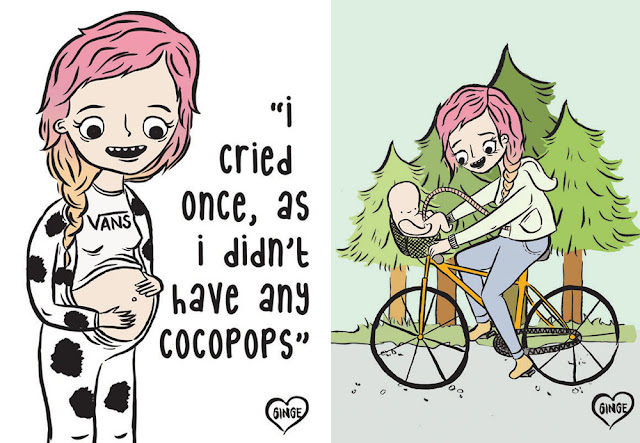 Totally true, she did cry. 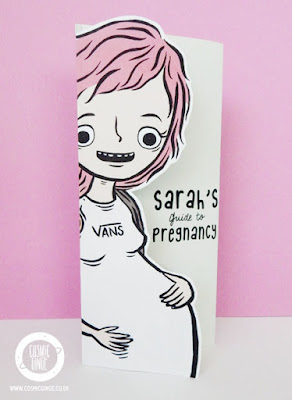 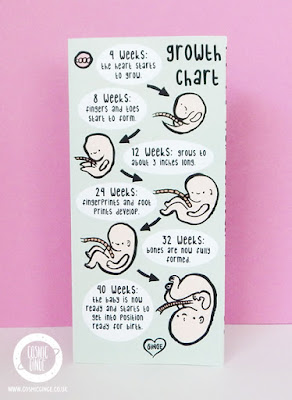 This is the guide I made, a two fold leaflet. 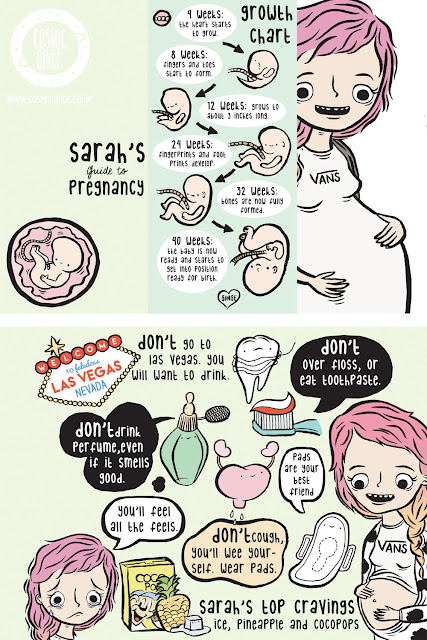 I asked her for advice she would give to other people that are pregnant, these are the actual things she said to me. I included a little growth chart on the back. Science.

I loved doing this, I've always liked making leaflets and stationery. When I was at Uni, I made one on Mark Wallinger, an artist who was entered for the Turner Prize, or maybe he won, I'm not sure. I'll do a post on it if I can find it as I included a picture of Dennis Hopper ♥ 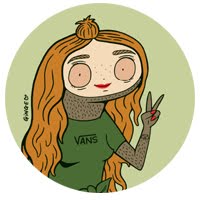 Hello, I'm Laura (Ginge), an illustrator currently living in sunny Glasgow.
I create illustrations of nice things, inspired by the 90s, plants, veganism and all things cosmic.
For more info on the work I do, or commissions, you can contact me at
cosmicginge@gmail.com
♥ 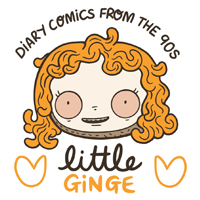